Free Services / Astrology Blog / What's the story behind your zodiac?

What's the story behind your zodiac?

Many across the globe never forget to check their zodiac horoscopes almost on a daily basis to know what’s in store for them for particular day! But have you ever wondered where the scheme order of zodiac signs came from, why are specific symbols used to represent a particular zodiac sign, or what’s the story behind the twelve zodiac signs? There are countless legends and myths related to zodiac signs. In fact, one would find various versions of such stories in different parts of the world. Here’s a little smattering on some of the most popular stories about the twelve animals in the zodiac calendar. Check your Zodiac Sign Horoscope Prediction  free With CyberAstro.

The first sign of Zodiac, Aries is represented by a Ram. According to legends and myths of the Golden Fleece, a ram was presented to Phrixus and Helle by Nephele. And the pair fled across the sea on the back of the ram to escape the wrath of Hera. Helle fell off the ram while escaping and was drowned to death but Phrixus was able to make it safely in Colchis. Upon arrival in Colchis, he sacrificed the ram to Zeus, the famous Greek God. Zeus later placed the Ram in the constellations.

The second sign of Zodiac calendar, Taurus is represented by a bull. Legend has it that Taurus is represented by the same snow white Bull that carried Europe across the sea to Crete. It is believed that the bull was actually Zeus in disguise. Europe later bore him three children namely, Minos, Rhadamanthys and Sarpedon. Minos eventually became Crete’s King and his beloved queen, Pasiphaë bore him a bull-headed son called the Minotaur. Minotaur was eventually butchered by Theseus in the Labyrinth.

The third and significant sign of Zodiac calendar, Gemini is represented as two children. However, Arabs portray the sign as two peacocks. Greek myth has it that two twins are Castor and Pollux. These twins were inseparable and are still worshiped as gods by sailors and seamen as they believe them to bring favorable winds for smooth sailing.

The fourth sign of Zodiac calendar, Cancer is represented as a Crab. Greek mythology has it that it was an enormous creature sent by the popular Greek Goddess - Hera from the swamp to find against Herakles during his battle with the Lernaean Hydra. The crab was crushed beneath the heels of Herakles. Hera later set it in the zodiac as one of the twelve signs.

The fifth sign of the Zodiac, Leo is represented by the Greeks as a Lion. This Lion is believed to be the terrible Nemean Lion that bore a skin no weapon could penetrate. The legendary Herakles or Hercules strangled this lion to death. However, Hercules lost one of his fingers in the fight. He then used its skin as armor and its head as a helmet. Zeus set the Lion in the Zodiac to honor the bravery of Hercules.

The sixth sign of Zodiac calendar, Virgo is represented in the Greek zodiac calendar as a Virgin or 'maid'. Greek myths have it that the Virgin is Lustia, the daughter of Astraeus and Ancora, or Erigone, the daughter of Lcarus, or even Apollo's daughter, Parthene, meaning 'virgin'. In Genesis, she is considered to be Eve who originally crushed the head of the Scorpio.

Libra is the seventh sign of the zodiac and is the only one that is not symbolized by a living creature. It is said that it was created in Roman times to maintain a balance between Virgo - Scorpio pair. In Genesis, Libra is considered to be Eve who crushed the head of the Scorpio at the new moon subsequently followed by the Autumnal Equinox.

The eighth sign of the zodiac, Scorpio is symbolized by a Scorpion. As per Greek mythology it was placed in the zodiac by Hera as a reward for killing Orion - the Hunter. The fascinating story of Scorpio also finds its roots in Jewish myth and is also sometimes referred to as the Babylonian legend, Gilgamesh.

The ninth sign of the zodiac, Sagittarius is symbolized as a Centaur with an arrow. Greek Mythology has it that this Centaur is Crotus, the son of the lusty God - Pan and Eupheme.

The tenth and one of the most important signs of the zodiac, Capricorn is symbolized by a Goat with curved horns and the lower part as that of a fish. Greek Mythology considered this goat to be the lusty Greek god- Pan. Myth has it that when Typhoon, the Storm God was angry on Pan, he plunged into the Nile to escape to escape from his wrath. As soon as he plunged in the water of Nile his upper body became that of a goat while the lower part turned into those of a fish.

The eleventh sign of the zodiac, Aquarius is symbolized by a handsome young man holding a pitcher of water. Greek Mythology has it that this young man – Ganymede was the son of Tros, who was the founder of Troy. Zeus who was fond of Ganymede made him the cup bearer of the gods. Hera's daughter, Hebe who was the original cup bearer of the gods found this insulting and was furious at Ganymede. And to pacify Hebe, Zeus set Ganymede in the sky as Aquarius. 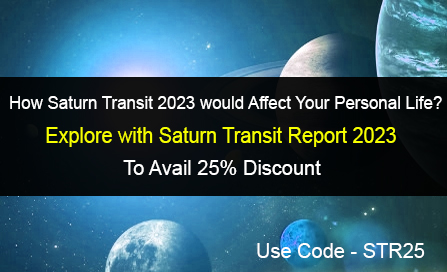 Find out what will be this year’s Saturn transit impact on your moon sign. How will Planet Saturn make good and bad changes in all areas of our lives including career, love, relations, wealth and health? 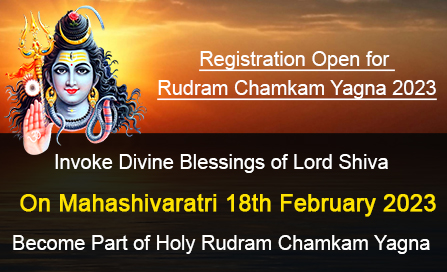 A special worship of Lord Shiva will be done on the auspicious occasion of Maha Shivaratri and Rudrabhishekam will be performed with the chanting of Rudra Mantra of Shukla Yajurveda. 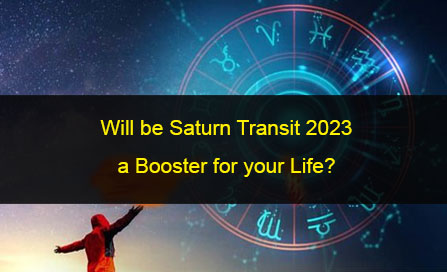 What changes are likely to come in your life with respect to all the important aspects of your life including your professional, personal and financial matters?